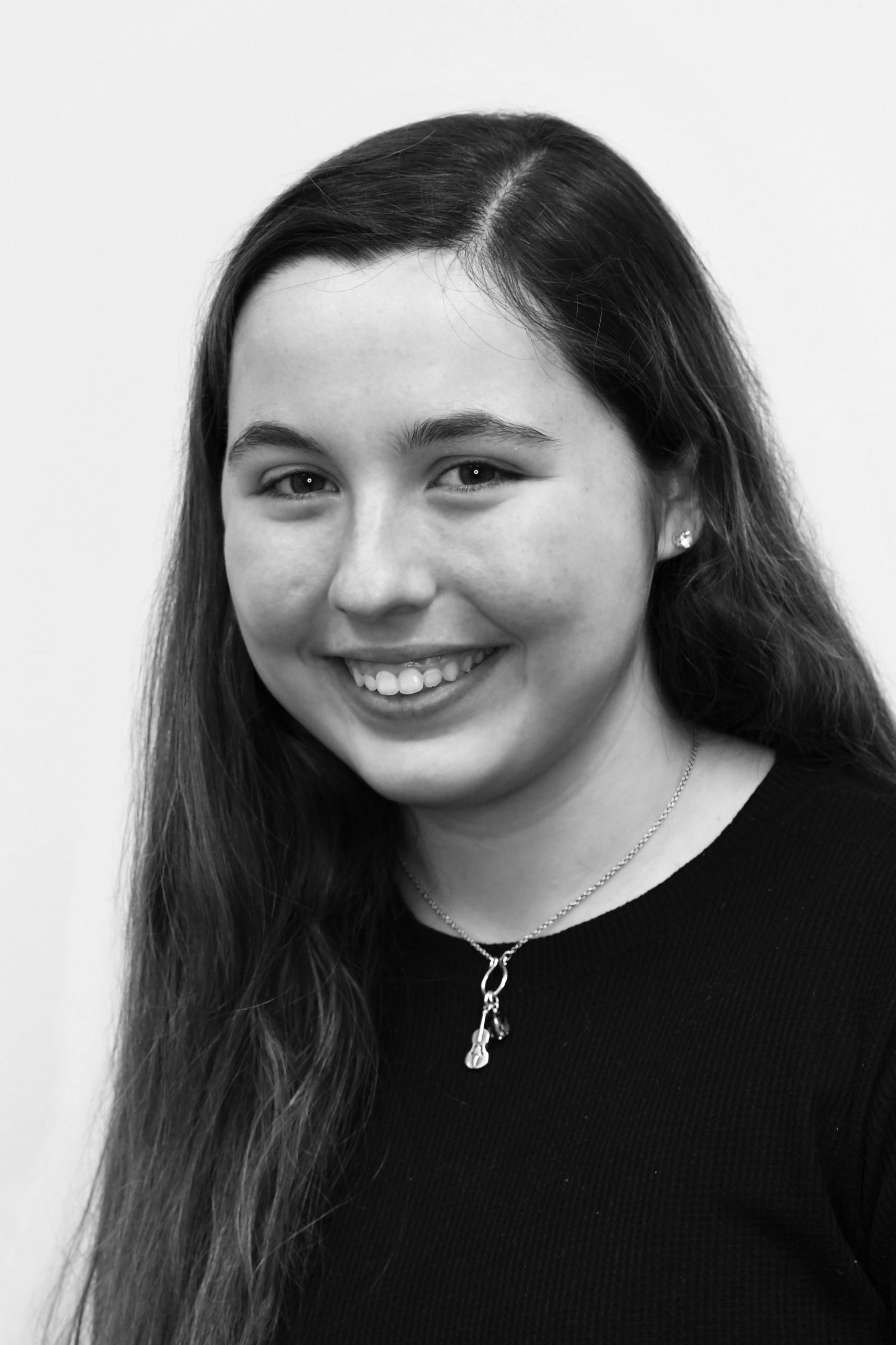 Mary Brook Hartmann, 15, attends the Kinder High School for the Performing and Visual Arts in Houston under the music direction of Dr. Bradley Smith. She is returning for her 4th season with Virtuosi, currently as Principal Cello. She has been playing the cello since the age of 8. She currently studies with Richard Aaron, Professor of Cello at the Juilliard School and the University of Michigan, and with Max Geissler at Rice. She is a student at the Michael P. Hammond Preparatory Program at Rice’s Shepherd School of Music, where she studies with composer Grace Ann Lee and is coached by collaborative pianist Charlie Tauber. She won First Prize at the 2020 International Music Competition Grand Prize Virtuoso in Bonn, Germany, where she traveled to perform in August 2021. She has won prizes at the Immanuel and Helen P. Olshan Foundation Concerto Competition, the Houston Civic Symphony Young Artist Concerto Competition, and Texas MTNA. She has attended the International Cello Institute, the Eastman Cello Institute, Vivace, Orford Music Academy, Boulder Cello Festival, and Greenwood Music Camp. In addition to Virtuosi, she has earned positions in the Houston Youth Symphony’s top orchestra, the 2020 Texas All-State Orchestra, and is Principal Cello of the 2021 TMEA Region 23 Symphony Orchestra. Other passions include chamber music, classic film, and major league baseball.

Our family had a very unique and quality experience when we meet Anthony Cooper a Virtuosi of Houston scholarship recipient. He found our daughter’s Wayne Burak cello on Craigslist and drove all the way from Houston to play it. This very talented young man was not only motivated to purchase this instrument by his passionate love of music but also by his pending scholarship from Virtuosi. We truly believe the spirit of the grant matched the spirit of the musician and a perfect match was made…… END_OF_DOCUMENT_TOKEN_TO_BE_REPLACED

During the 2003–04 school year I received a scholarship as a member of the Virtuosi of Houston and experienced great concerts & memorable moments with that orchestra. Since I received such great support and encouragement from the Virtuosi of Houston I would very much like to come back and enjoy seeing the next generation of young artists reaching for the highest quality under such fine guidance of Maestro Krager and Maestro Grabiec. I am currently the first Principal Cellist of the Hamburg Symph… END_OF_DOCUMENT_TOKEN_TO_BE_REPLACED

Like all parents, we always want our children to have the best opportunity to learn, to exceed, to succeed, to experience, to blossom, to be happy, to be confident, to develop to their full potential in life. At age 17, our son Anthony had the opportunity to join Virtuosi of Houston. We did not know where it would lead him and where it would take us, but we had no doubt except two things: First, how are we going to find time to meet the rehearsal schedule as a senior student? Second, how are we … END_OF_DOCUMENT_TOKEN_TO_BE_REPLACED

As a professional flutist, I am a prime example of the benefits that Virtuosi so proudly gives. Eight years ago, I was looking for a way to share my talent. Virtuosi took me in and watched me flourish: it was a formative experience for me both socially and musically. Maestro Krager and Maestro Grabiec gave me knowledge and love for a wide variety of music, repertoire that is not often experienced because it is intended only for chamber orchestras. I developed skill and the sensitivity required f… END_OF_DOCUMENT_TOKEN_TO_BE_REPLACED

I recently had the opportunity to work with some of their students for a program we had here at Kawai Piano Gallery. It is unusual to see young people who are so professional and poised under pressure and this is a direct result of the leadership they receive from the people at Virtuosi of Houston. The students were asked to perform in front of a crowd of people and then have their performance critiqued by a professional musician. This is a daunting situation for even the most advanced college s… END_OF_DOCUMENT_TOKEN_TO_BE_REPLACED