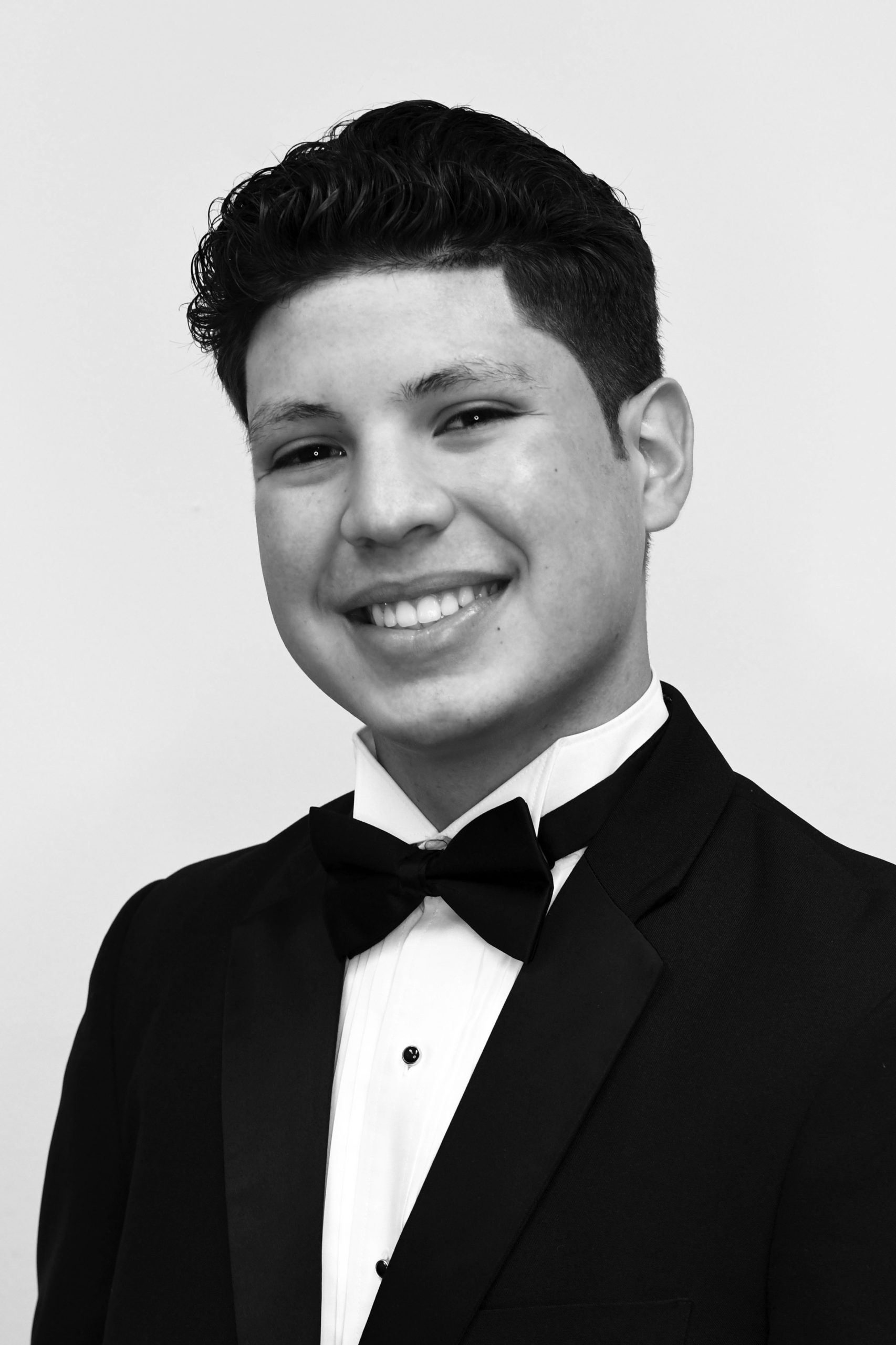 Benjamin is a 17 year-old Venezuelan cellist, trained in the National System of Youth and Children’s Orchestras and Choirs of Venezuela. He began his musical studies at age 7. Since then he has belonged to several local orchestras and participated in numerous concerts and recitals. In 2016, he began his studies at the Simon Bolivar Music Conservatory in Caracas, where his mentors were the Maestros Francy Vasquez and Juan J Romero. In 2017 he was part of the Chacao Youth Symphony Orchestra, under the baton of maes-tro Ulyses Ascanio, as second cello. In April of 2018 he emigrated to the USA, and since that time Courtenay Vandiver Pereira has been his mentor in cello. Benjamin is part of the or-chestra of Mayde Creek High School, performing in TMEA Region 23’s Orchestra for four consecutive years, earning a Principal Cello position in 2021. He has also played for multiple years in the Houston Youth Sym-phony, the last two of those in HYS’s top orchestra (Symphony). He has participated in the 2020 and 2021 International Cello Institute, placed 5th and 2nd in the Virtuosi Concerto Competition, and was invited by Carnegie Hall to join the prestigious 2021 National Youth Orchestra 2
(NYO2). He is fortunate to have been under the direction of the Maestros Franz Krager and Andzrej Grabiec at Virtuosi of Houston since 2018.

Our family had a very unique and quality experience when we meet Anthony Cooper a Virtuosi of Houston scholarship recipient. He found our daughter’s Wayne Burak cello on Craigslist and drove all the way from Houston to play it. This very talented young man was not only motivated to purchase this instrument by his passionate love of music but also by his pending scholarship from Virtuosi. We truly believe the spirit of the grant matched the spirit of the musician and a perfect match was made…… END_OF_DOCUMENT_TOKEN_TO_BE_REPLACED

During the 2003–04 school year I received a scholarship as a member of the Virtuosi of Houston and experienced great concerts & memorable moments with that orchestra. Since I received such great support and encouragement from the Virtuosi of Houston I would very much like to come back and enjoy seeing the next generation of young artists reaching for the highest quality under such fine guidance of Maestro Krager and Maestro Grabiec. I am currently the first Principal Cellist of the Hamburg Symph… END_OF_DOCUMENT_TOKEN_TO_BE_REPLACED

Like all parents, we always want our children to have the best opportunity to learn, to exceed, to succeed, to experience, to blossom, to be happy, to be confident, to develop to their full potential in life. At age 17, our son Anthony had the opportunity to join Virtuosi of Houston. We did not know where it would lead him and where it would take us, but we had no doubt except two things: First, how are we going to find time to meet the rehearsal schedule as a senior student? Second, how are we … END_OF_DOCUMENT_TOKEN_TO_BE_REPLACED

As a professional flutist, I am a prime example of the benefits that Virtuosi so proudly gives. Eight years ago, I was looking for a way to share my talent. Virtuosi took me in and watched me flourish: it was a formative experience for me both socially and musically. Maestro Krager and Maestro Grabiec gave me knowledge and love for a wide variety of music, repertoire that is not often experienced because it is intended only for chamber orchestras. I developed skill and the sensitivity required f… END_OF_DOCUMENT_TOKEN_TO_BE_REPLACED

I recently had the opportunity to work with some of their students for a program we had here at Kawai Piano Gallery. It is unusual to see young people who are so professional and poised under pressure and this is a direct result of the leadership they receive from the people at Virtuosi of Houston. The students were asked to perform in front of a crowd of people and then have their performance critiqued by a professional musician. This is a daunting situation for even the most advanced college s… END_OF_DOCUMENT_TOKEN_TO_BE_REPLACED